March 13,  2019       Deep low pressure brings a potent spring wind storm to the west and central portions of the country.  Two big bundles of jet stream energy are converging over the Western half of the North America today.  This will create an explosive storm that will spread its windy influence from the Rio Grande  to the Canadian border.

First,… the jet stream early Monday the 11,  which shows the upper low off San Diego, and the short wave racing across North Pacific toward the Pacific Northwest. 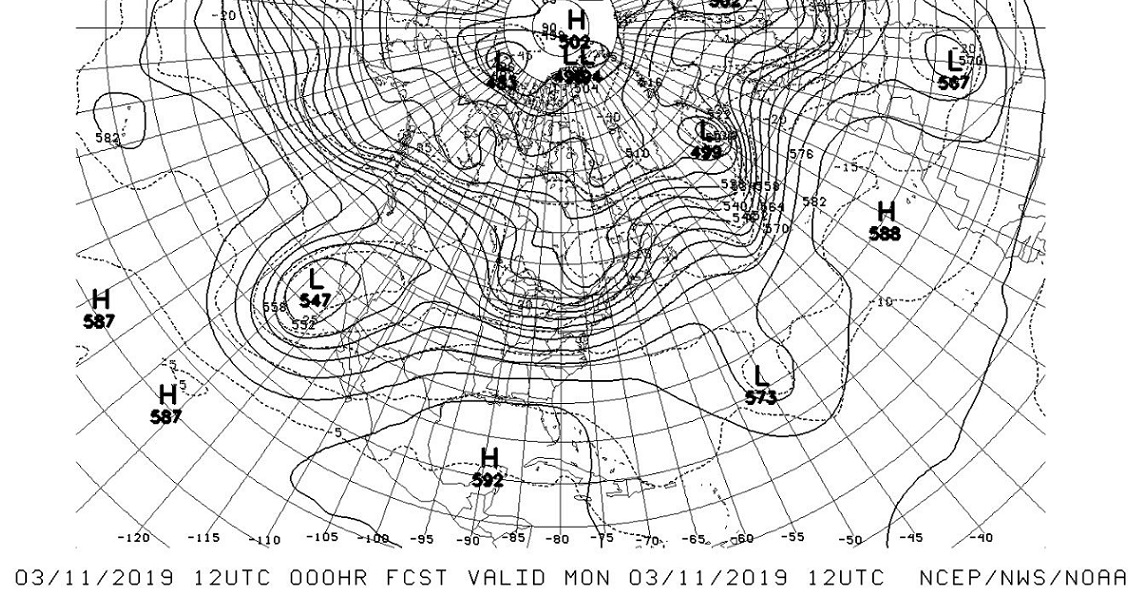 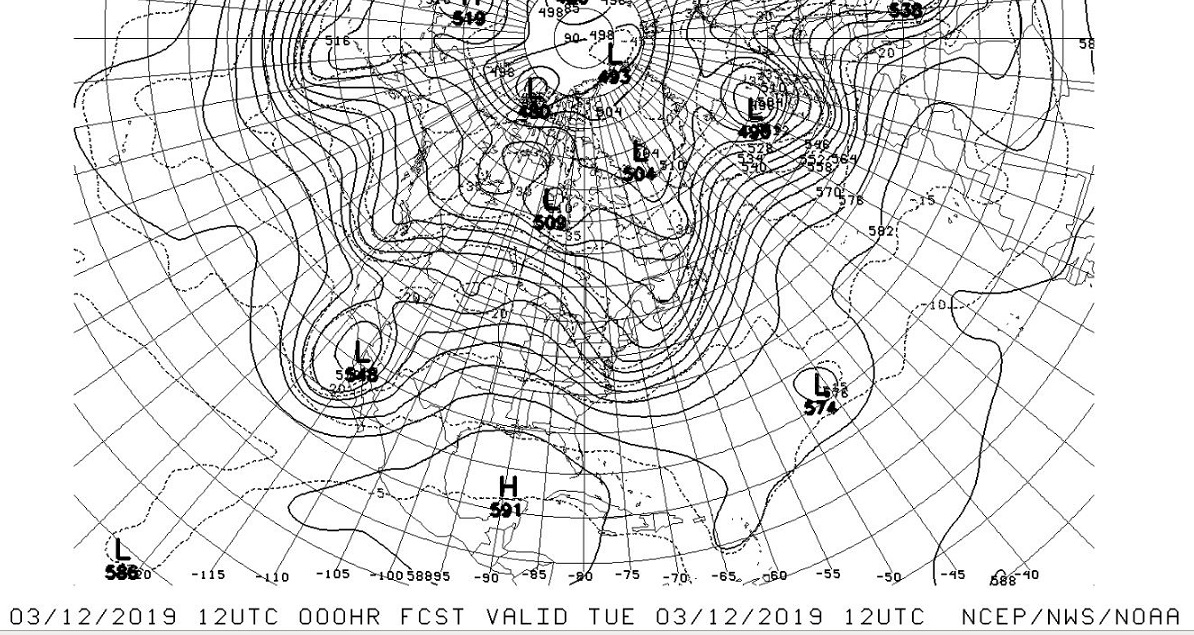 Third,… satellite pictures from Monday and Tuesday show both systems in the Eastern Pacific drawing ever closer to one another as they push into  Western North America.

Fourth,…  forecast models for Wednesday the 13th showing the two disturbances merging over the west central US.  Go to your favorite weather modeling site and put the maps  in motion. The next 24 hours will be most impressive. Two distinct and separate disturbances suddenly become one massive storm.

00z of the 14th, which is actually early evening Wednesday 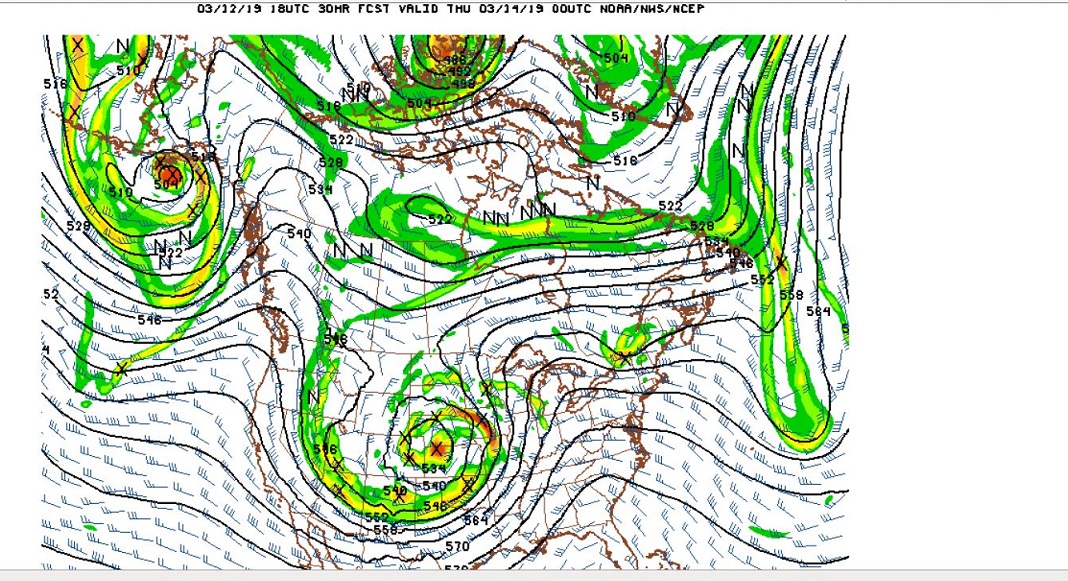 Five, …under the impressive new upper level disturbance is a deep surface low pressure system.  In the fine print, the central pressure of the storm by late Wednesday is forecast by the GFS to be about  972 millibars .  That pressure compares to a Category two hurricane.  Now pressure differences are spread over a much wider area with our jet stream driven storm.  So one would not expect sustained hurricane force winds.  But wind gusts to near hurricane force may be possible not only in or near thunderstorms, but also on the north and west side of the storm system where the pressure gradient becomes the tightest at the height of the storm. 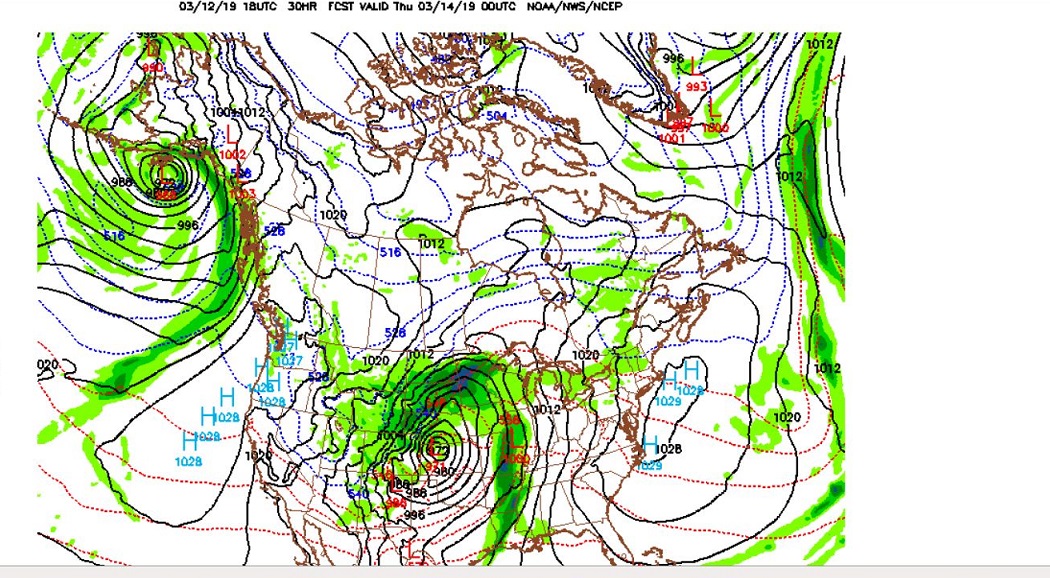 So, lots of Warnings and Advisories for both Winter and Spring severe weather. 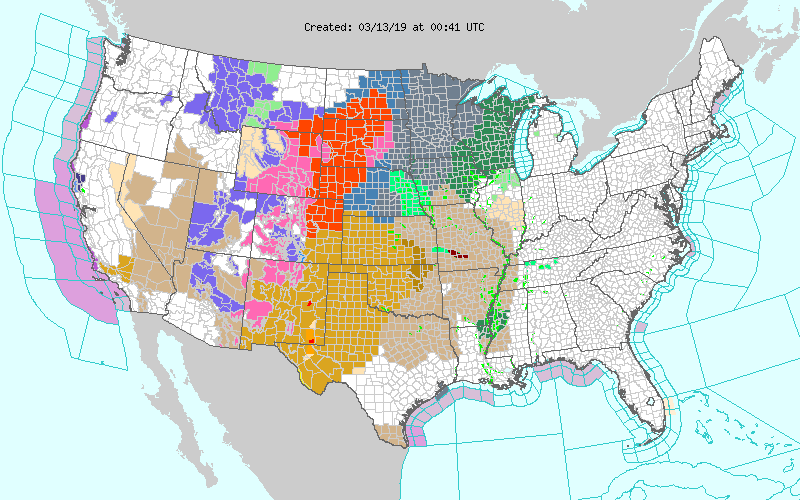 So,  please be weather aware on Wednesday, especially if your business takes you to any part of the country that will be under some form of weather warning during this massive storm.